4 Smart Buildings That Will Blow Your Mind

With each passing year, the number of zero energy buildings (ZEB), or buildings that create enough renewable energy to meet their own annual energy consumption requirements, continues to rise.

While the exact definition of what constitutes a ZEB differs from region to region, the U.S. Department of Energy explains that reducing building energy consumption can be accomplished in a variety of ways. Some of the most notable measures smart buildings take to become energy-balanced include integrated design, energy efficiency retrofits, reduced plug loads, and energy conservation programs.

Take a look at some of our favorite smart buildings from around the world. 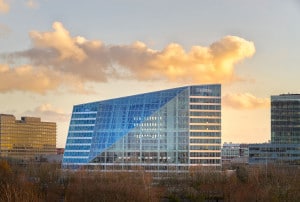 In 2015, Bloomburg dubbed this 430,000 sq ft building, which is heavily controlled and monitored by a smartphone app, the smartest building in the world. With 65,000 sq ft of solar panels, aquifer thermal energy storage, and even a human powered gym, it’s no wonder BREEAM gave the Edge the highest (98.4%) sustainability score ever awarded by the agency. Located in Amsterdam, The Netherlands, the Edge opened in 2014 and has since continued to focus on and expand its sustainability efforts. 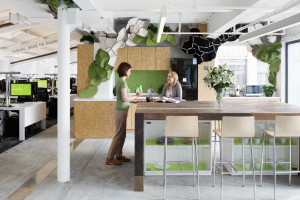 Located in Shanghai, China, this 6,450 sq ft office space was the first LEED Platinum v4 facility to open in East Asia, as well as the first to pursue the Living Building Certification for net-zero energy, water, and carbon. Further, thanks to the building’s five air purification systems and planted green wall, employees at Glumac have been able to enjoy the best indoor air quality in Shanghai since the building opened in 2015. 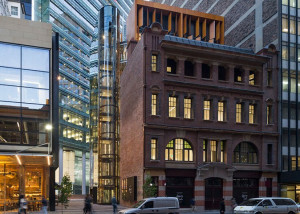 Originally built in 1902, the Legion House underwent a massive renovation from 2010 until 2013, ultimately evolving into one of the most sustainable buildings in the world. Located in Sydney, Australia, this 13,000 sq ft space was certified by The Green Building Council of Australia with a 6-Star Green Star – Office v3 Design rating. With its chilled beam ventilation system and sustainably sourced construction materials, the Legion House successfully marries history with modern technology.

Located in Milan, Italy, this 140,000 sq ft building awed spectators at the 2015 Milan Expo shortly after its completion with its smog-eating façade. Made from concrete that was engineered with TX Active technologies, this building actually removes pollution that is harmful to humans from the air. Further, the building is energy balanced that to its lower-than-average energy consumption rates and roof-top solar panels.

Linkedin
Get in Touch